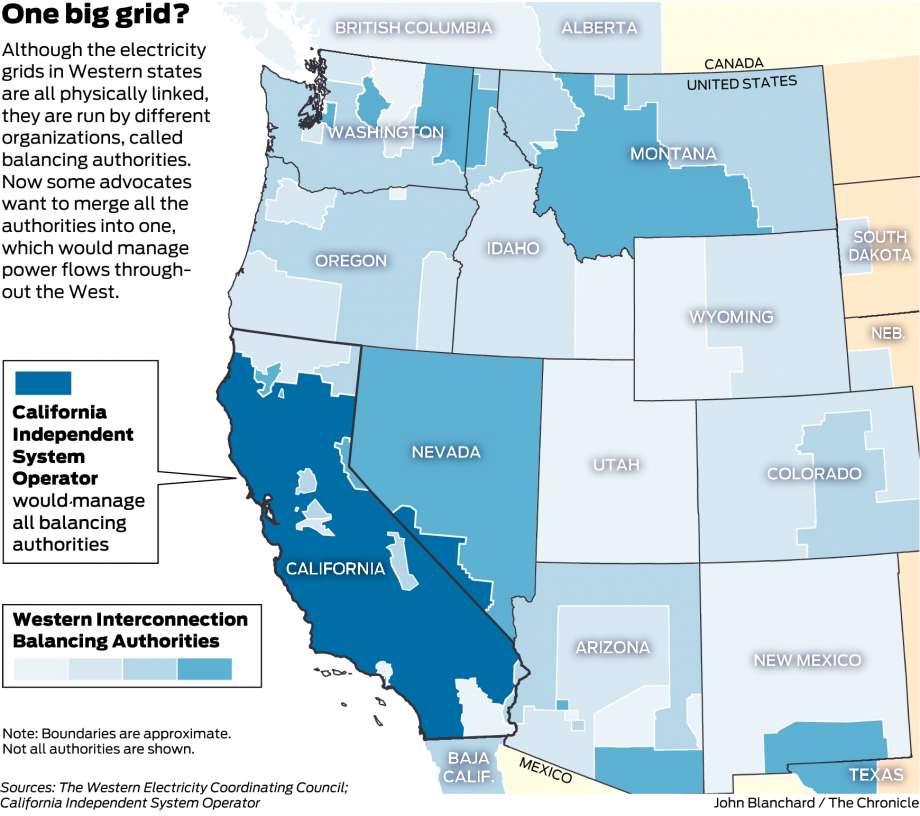 For several years, officials in California and states throughout the West discussed merging control of their electricity grids to create one vast, integrated power market that would span the entire region. A unified grid, they reasoned, would be more efficient, keeping costs down. It could also help states more easily tap renewable power generated outside their borders.

Then Donald Trump won the presidency.

Suddenly, California legislators started wondering whether combining grids could expose the state’s climate and energy policies to a new line of attack from a hostile administration. Interstate commerce, after all, falls squarely under federal control.

A new study from Yale University Law School’s Environmental Protection Clinic argues that California’s energy policies would face no more federal threat under a unified Western grid than they already do.

“We’re hoping this report can help reassure California legislators that, in taking that step, they’re not putting the clean energy policies they really care about at risk,” said Juliana Brint, a doctoral candidate at the school and an author of the report.

The authors note that the organization that runs 80 percent of California’s grid, the California Independent System Operator, is already subject to federal oversight.

Rather than being a wing of the state government, it is a type of utility company overseen by the Federal Energy Regulatory Commission. It also serves a sliver of territory in Nevada.

“None of that really changes with a regional electricity market,” Brint said. “Moving to regionalization does not increase legal risks.”

A 2015 California law ordered the Independent System Operator to study the idea in depth. The operator concluded that joining a regional market could save Californians between $1 billion and $1.5 billion a year by 2030, in part by avoiding the need to build fossil fuel “peaker” power plants that run only when demand on the grid is particularly high.

Conversations focused on how a regional grid would be governed. The proposal most often discussed would have the California Independent System Operator become a regional entity — which the other states would join — with a new governing board no longer appointed by California’s governor. While expressing interest, other states want a structure that would ensure they have an equal say in how the system operates.

Gov. Jerry Brown sent California legislative leaders a letter in August, saying that while too many details remained to resolve the issue by the end of the legislative session, he wanted a plan ready for debate in the Legislature in January.

It didn’t happen. But advocates have not given up on the idea.

And yet, California already produces more solar energy on many days than it can use. In those cases, the power is shunted off the system, or curtailed.

A regional market would allow California solar plants to easily sell their electricity outside of the state, rather than wasting it. Similarly, California utilities could more easily buy surplus electricity from wind farms located elsewhere when electricity demand within the state hits its peak, in the evening.

“We believe it is a very important tool to get” to the 50 percent goal, said Stacey Crowley, vice president of regional and federal affairs for the Independent System Operator. “Is it essential? There are ways to make it work with or without this, but we think this is an important way to do it in a cost-effective way.”

Yet Ralph Cavanagh, co-director of the energy program at the Natural Resources Defense Council, which consulted on the Yale report, is more emphatic, saying regional grids are the biggest missing pieces in the state’s clean energy efforts — even more important than developing large-scale ways to store electricity.

“Otherwise, it would be vastly more expensive to do what we want to do,” he said.

Read the full story on the SF Chronicle’s website.