Mark Z. Jacobson, renowned climate scientist and professor at Stanford University, makes the case for Western grid integration as a critical component of California’s climate leadership in an op-ed published by The Mercury News: 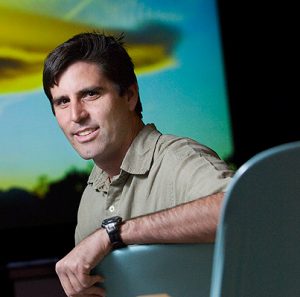 As someone who has dedicated a career to better understanding air pollution and climate change — and developing large-scale clean energy solutions that benefit our communities — it is was thrilling to see Senate President Pro Tem Kevin de León introduce legislation that would require 100 percent of California’s electricity to come from renewable sources by 2045.

This goal would change the game for Californians. And it’s entirely feasible, if the right policies are in place.

But realizing the Golden State’s renewable energy future requires additional steps. We need to electrify transportation, heating and industry at an accelerated pace — a process that will create good-paying jobs, reduce air pollution deaths (an estimated 13,000 per year in California alone) and save households and businesses across our state billions of dollars in energy costs over the next few decades. We also need that additional electricity to come from clean, affordable and reliable sources.

All of this means that De León and his colleagues should incorporate integration of the Western power grid into his proposal — and every Californian who wants to save money on monthly energy costs and breathe cleaner air should urge them to do so.
…
Paving the way toward integrating our Western grid is vital to hitting De León’s 100 percent clean energy target and all that comes with it: California’s continued leadership in reducing toxic air pollution, growing our economy, stabilizing energy costs and combating climate change.