Captain Planet taught us that when our powers combine, we can defeat any villain. 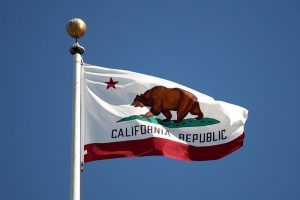 That’s hopeful news for those of us who want a livable planet for the future, because times are fraught: Our president has called global warming a “hoax,” withdrew the U.S. from a global climate agreement, and installed former fossil fuel lobbyists and CEOs to the highest positions of power.

Meanwhile, carbon pollution is at an 800,000-year high (the highest concentration of C02 in human history), and climate change is ravaging the world in the form of record-breaking heatwaves, extreme drought, and severe storms. Scientists warn that we need a dramatic decrease in carbon pollution and fossil fuels to avoid runaway climate change – which needs to happen at the fastest pace possible, and at the most efficient cost.

In the fight for our lives against climate change, California aims to lead the resistance against Trump’s fossil fuel agenda. To do so, “lawmakers have to commit to 100% clean energy,” the Los Angeles Times editorial board recently wrote. But one state can’t do it alone. We need to partner with other states to form a regional power grid that can unlock 100 percent clean energy across the West.

The best foil to Trump’s fossil-fueled future is a thriving West Coast economy run on 100 percent clean energy, and an alliance of states that share California’s vision for the future.

A regionally connected power grid – which would enable California to share clean power with other western states like Oregon, Washington, and Nevada – is an efficient, rapidly-scalable, low-cost way to dramatically decrease fossil fuels and carbon pollution. It would allow us to export our abundant solar power during the day, and import low-cost wind at night.

The balancing power of renewable access across multiple states throughout the day and night could eliminate the need for coal and natural gas power plants. Right now, California has so much solar and wind power online, it can’t use it all and is forced to shut down some production: From 2015 to 2017, overall curtailment (shutting off) of wind and solar in California was enough to power about 56,000 homes for a year.

A regional power grid doesn’t mean we give up on our landmark state policies that made California a clean energy leader in the first place. It means they grow.  We should keep the things that are working well, and fix the things that are not, while exporting the best ideas and practices to millions more people. In short, a regional clean energy alliance would benefit from California’s successes, and learn from its shortcomings, while making clean energy cheaper and more reliable than fossil fuels every minute of the day.

California values are key to success

This is an opportunity to make a new energy grid that doesn’t concentrate pollution in communities of color and low income neighborhoods, and instead makes clean power available to all people at an affordable price. Further, low cost clean power can help accelerate a new era of clean, electrified transportation across the West.

Local decision-making, protecting critical state goals, good jobs, meaningful community engagement, and equity must be built into the regional grid alliance from day one. If this is going to be a stand to defend and protect our way of life for future of generations to come, then let it be one we can all be proud of – one that shows the world that we are not backing down.

Many Californians feel unsafe and vulnerable in the Trump era. Some want our state to stay insular and weather the storm alone, hoping for brighter days. These fears are understandable; the president is relentlessly attacking our policies and our ability to govern and regulate in ways that reflect our values. This is precisely why we need to ally with other states. We can be stronger and more powerful together.

In the end, this is about more than just sharing clean energy with other states. This is about sharing ideas, costs, benefits, and values – and ultimately, creating a unified front to protect and defend the future we all want.